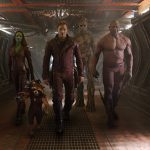 Avengers Analysis – The Feminist Evolution from ‘Iron Man’ to ‘Avengers: Endgame’: Guardians of the Galaxy & Avengers: Age of Ulton

by Karen Fredrickson on June 2, 2019 in Activism, Entertainment

Guardians of the Galaxy Sophistication of Story: This film introduces the politics of space in the Marvel universe. You learn about the Nova Corps, and some of the class distinctions of different alien species and characters. Contribution to the Overall Avengers Storyline: This film introduces the space characters. While Thor is from another planet, we have only seen him on… Read more → 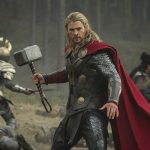 by Karen Fredrickson on May 3, 2019 in Entertainment

Thor: The Dark World Sophistication of Story: The film sets up later films with its last scene. This isn’t a great film and it really under utilizes Loki, who is usually the best part of a Thor film. It does start to introduce some humor, with Chris Hemsworth and Tom Hiddleston both demonstrating good comic timing. Contribution to the Overall… Read more → 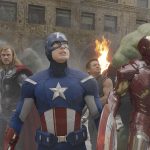 by Karen Fredrickson on April 24, 2019 in Entertainment

The next two films we’re looking at are The Avengers and Iron Man 3. The Avengers: Sophistication: This was the first Avengers film, and the first to bring humor to all the Avengers. Later films would continue that to a degree. It’s also the first Marvel film to have the main characters from different films all meet, which means we… Read more →

by Karen Fredrickson on April 20, 2019 in Entertainment

Moving on to the next two films, Thor and Captain America: The First Avenger, NOTE: There will be spoilers! Thor: Sophistication: Thor introduces the first intergalactic superhero into the MCU. It introduces the world of Asgard and the first truly interesting and layered villain with Loki. The story is somewhat Shakespearean with a two sons in a rivalry where one… Read more → 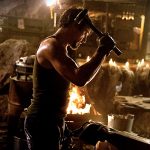 With the end of the original Avengers films upon us with the upcoming release of Avengers: Endgame, we are taking a look at the entire series, from the first film, Iron Man, in 2008, to the last, Avengers: End Game, and looking at how each contributed to the story and the evolution of the Marvel Cinematic Universe (MCU) with its… Read more →