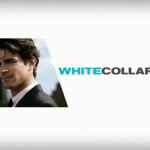 by Karen Fredrickson on January 11, 2020 in Uncategorized

In the second interview for the 10-year anniversary of White Collar, I spoke to John T. Kretchmer, the director of 12 episodes of White Collar, including “Book of Hours”, “Hard Sell”, “Forging Bonds”, “Under the Radar”, “Checkmate,” and “Borrowed Time.” He has previously directed episodes of Buffy the Vampire Slayer (“School Hard”), Veronica Mars, Burn Notice, and iZombie.   Music… Read more →

by Karen Fredrickson on November 17, 2019 in Entertainment, Uncategorized